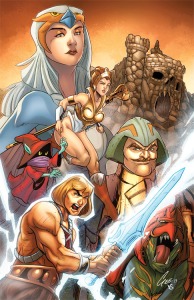 Today’s featured fanart is a collaboration, used with permission from JacksonGee at DeviantART

Hey, everyone.  I hope you’ve all enjoyed my Masters of the Universe/Princess of Power Memoir.  This week, something a little lighter.

So much for the show being “violent.”  He man frequently throws rocks, dodges villians, sometimes tosses them if they come running at him, but you’ll never see him attack someone  and you’ll never see “biff! bam! boom!”

This is related to number one. Eternia’s royal family has a pretty pacifistic philosophy, especially given the world they live in.  Negotiation and discussion always precede “go throw a rock at it.”

In the episode, The Great Books Mystery, all of the books on Eternia disappear.   One of the villains is systematically magicking them all away.  Skeletor, the main villain, is jealous, because he knows that books are the most important treasure there is.

Related to number one, once there was a giant scorpion-monster-thing trying to attack He-Man. Rather than harm it, He-Man turned a bunch of sand into glass and built a cage to hold it temporarily.

A lot of fans view this as a negative or something laughable. I’ve heard it described as a way of “distancing” Prince Adam from He-Man or Adam “emasculating” himself so that people would have less reason to suspect he was He-Man.  I never read it that way. It seemed to me that people on Eternia had a very different fashion sense than we have on Earth.  I liked the idea that a main male character just happen to like pink and purple, and it always seemed quite princely to me.  Call me weird.

Say that with me again.  GREEN TIGER WITH ORANGE STRIPES.  And Battle Cat is the bomb.

I actually think it would’ve been more awesome if He-Man had been riding the purple cat, but at this point, I really can’t picture He-Man without Battle Cat.  I always loved Panthor, though.  My brother had Panthor and Battle-Cat toys, and I used to stage cat-fights all the time.

In the episode “The Taking of Grayskull,” the Sorceress gives He-Man more strength so that he can pick up the castle and throw it through a white hole.  (Okay, you just have to go with this.)  The power she gives him comes from “the castle’s secrets,” which she describes as “The Secrets of Truth and Knowledge.” He-Man’s powers are already derived from Grayskull, but this implies that there was more power to be had.   The fact that “truth and knowledge”=”fur-clad barbarian” is just…I don’t know…awesome.

And she pwns Skeletor’s ass.  That is all. 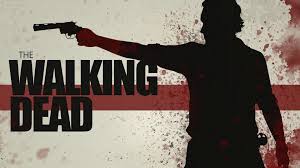 So, there’s this show, The Walking Dead.  It’s one of the most popular shows on television.  You may have heard of it, actually.  It’s based on a comic book.  It’s got zombies, only for some reason they don’t call them that.  They call them walkers, or roamers, or biters, or just “the dead ones,” but they never ever call them zombies for reasons that are entirely unclear to me and always have been.

There’s even a spinoff series coming this summer, called Fear the Walking Dead.  Other than that it’s set in LA and takes place earlier in the zombie apocalypse than the original show does, I don’t actually know anything about it.

Here’s the thing about this show that you need to know: it just come off its strongest season since Season One, and this last half-season (the show does eight episodes, takes a break, then does eight more episodes) was better than Season One was.  I recap it for Sourcerer, in fact.  You can see my recap of the first episode here.

You should be watching The Walking Dead if you like things that are good and you have a strong stomach.  Be aware that bit’s not a joke; the show so far has featured a man ripping out another man’s throat with his teeth, a handful of impalings, a thing with a dude’s cheek that was just awful, napalm zombies, a beheading, and at least two field amputations.  And that’s just counting things that have happened to the humans.  Check it out.

Just don’t start with Season Two.  Here’s my recap: Carl won’t stay in the house and everyone is dumb.  The end. 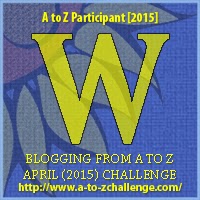