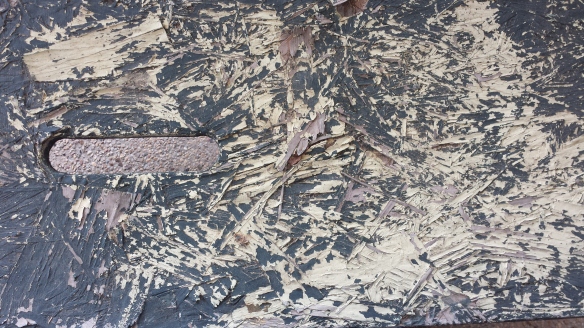 This is the first photo that was actually taken in 2015 I’ve shared on this blog. That’s how easy it is for me to come up with photos, and how deep the image stock is. Roses will bloom soon. Also. I have not even started mining the graveyards for Civil War iconography and close-ups of angel faces rendered in Georgia granite yet, and I have somewhere in the neighborhood of 60 brand new, unpublished photos already. This is going to be a good summer for some original images. I’m feelin’ it.

Here is my current goal in life: to see Uzo Aduba play Monica Rambeau (shut up, her last name starts with R) in a Marvel movie. In all of the rest of the Marvel movies, in fact.  Maybe I’m cheating a little bit, going by the character’s “real” last name, but S was already taken and Rambeau has had about six superhero names already anyway.  She’s currently Spectrum; when I met her she was Captain Marvel.  And she led the Avengers.  With an afro. 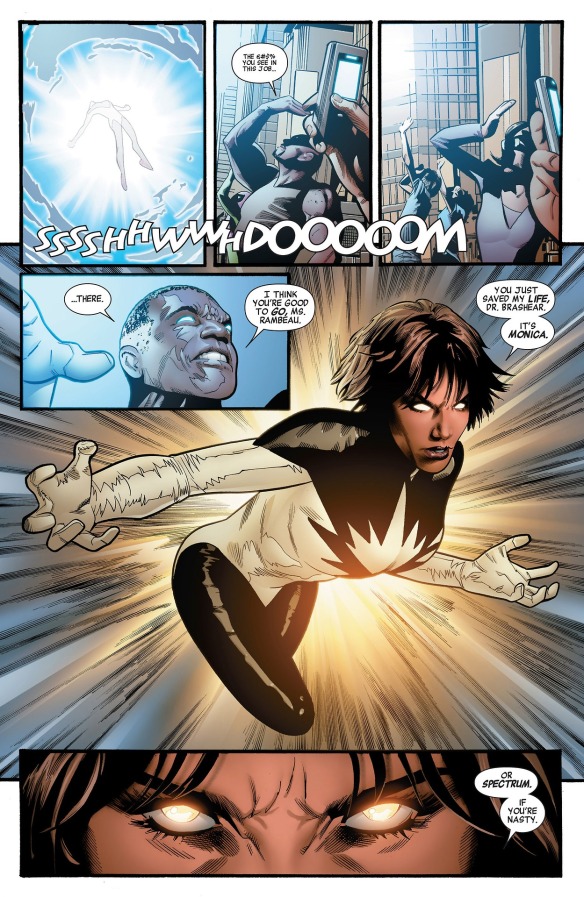 Rambeau was the first black female Avenger and the second woman to lead the team; I believe, but could be wrong, that she’s one of only two in both cases.  She’s currently the field leader of the Mighty Avengers, a comic that does not get nearly the attention it deserves for being as good as it is.

Her power set:  Spectrum can turn her body into any form of electromagnetic energy, from gamma radiation to light to electricity to radio waves.  In practice, this means that she can do more or less anything the writers want her to; she’s versatile that way.  She can also fly and fire energy blasts, neither of which necessarily follow from “turn herself into stuff” very well.

Places to find her: Currently, in the pages of Captain America and the Mighty Avengers; previously in the amazing Nextwave, which is collected in trade paperbacks and contains this insulting-but-hilarious flashback to her days of leading the Avengers:

And if you can find it, she played a part in the classic “Under Siege” Avengers arc, a story I still remember with astonishing clarity considering it came out in 1986.  They’re all worth reading– particularly since the most recent issue of Captain America and the Mighty Avengers hinted, tantalizingly, that Nextwave is being dragged back into continuity, which is all sorts of interesting.

Anyway, point is, Monica Rambeau is awesome no matter what her superhero name is and she ought to get more credit.  And movies.  Lots of movies.  Uzo, call somebody.  Make this happen.