Latvian cello trio Melo-M rocking out with some drummers. Seems appropriate. If you are getting an early start on the A to Z Challenge, check out the welcome post, and stop by in a few hours for our “A.” 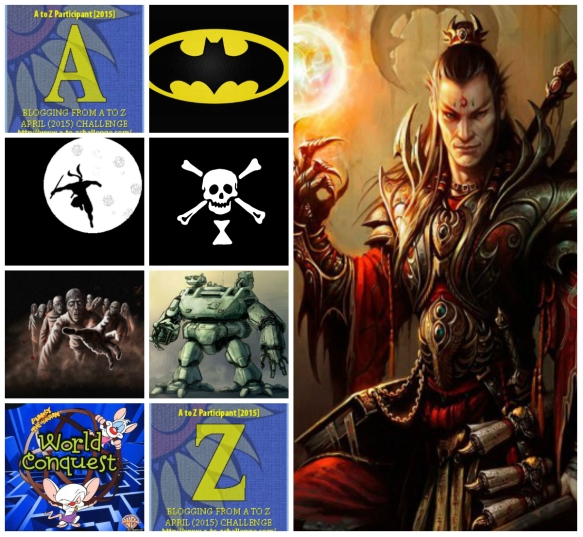 All these images are by Gene’O

I allowed my photo stock to run low over the last month or so. I did that partly to see how far the photos I had would go, and partly because the weather was bad during the early part of March and I was busy. I’m reloading now, and picking up 20-40 new, shareable images every weekend.

Since we are Blogging A to Z here, I’m doing a “grand finale” for the 2014-15 photoblogging for the next month. On Tuesdays and Wednesdays in April, the afternoon photo features will be collages of images I’ve published over the last year (not all were published here). Each will include three to five photos, and hopefully, I’ll get better at selecting and juxtaposing images as I go. (Today’s is the test version, and I’m not pleased with it, but in a hurry.)

I hope you enjoy these, and if they play well, I might make a couple of dozen and start running them on Monday afternoons. Look for a ton of all-new photos here beginning  May 4.

I pulled the quarterly stats Sunday morning, so I’ve not captured the entire month of March, but I decided to go ahead and do this before the A to Z Challenge starts so we can see where we are going in. As always, I’m not bragging nor complaining. I do these because I always learn things when other bloggers share their stats, and I have friends who like this stuff.

We’ve had a stellar quarter both here and at Part Time Monster. I knew January would be good, but February and March have exceeded my expectations and compared to how we ended 2014, the Monster is absolutely killing it. I am curious about two things going forward:

Here are Sourcerer’s monthly views. I went ahead and included them all so we can compare them to last year’s.

January of this year was comparable to January of 2014, but we didn’t see the huge drop-off in February and March this year that we saw last year. That’s because January of last year was a lucky month — we had the Zero-to-Hero Challenge, a weekend where the entire southeastern U.S. was snowed in to binge on the Internet, and some lucky Stumbles. This year, we got the numbers in January by blogging consistently, and we’ve been able to maintain that consistency for the entire quarter.

I don’t expect to reach 3400 views for March, but it’s going to be close. I’m interested to see what we get the first week of April. I think we should see a nice bump, but I don’t know how much of the traffic growth I’m expecting in April we’ll be able to hang on to. We didn’t do A to Z here last year, but it got me my best month of 2014 at my personal blog.

The traffic at my personal blog settled back to the normal level pretty quickly once April was over last year. That doesn’t mean much, though. A to Z took so much out of me last year I had to shut my personal blog down for a couple of weeks to get Sourcerer back on track. I’m hoping I’ve done a good enough job with the planning this year to just keep rolling once April is over.

The Monster’s last three months are the best quarter Diana and I have had at any of our blogs since we started, and it’s the #WeekendCoffeeShare that’s driving this increase. March looks better than it actually is, because Diana got more than 800 views on March 12-14 from someone Stumbling one of her posts, and that’s not a predictable source of traffic. Even when we correct for that, though, the Monster’s had a good month.

Sourcerer and Part Time Monster have run neck-in-neck for views most of the time we’ve been blogging. We’ve rarely ended a month more than 1,000 views apart. When one pulls ahead, the other always catches up. I’ve said several times that I thought PTM was pulling away and been wrong, but I think it’s happening now.

Just in general, the Monster is a better blog for getting views because Diana gets the same amount of traffic for a lot less work than I put into Sourcerer, which is a bit of a high-maintenance operation. Just to give you a frame of reference, PTM has published 550 posts since we started. We’ve published 775 here.

The #WeekendCoffeeShare has made me a believer in the power of linkups, so once A to Z is done, a Sourcerer-appropriate weekend linkup is my next project. And as for the StumbleUpon luck – that’s not going to be luck forever. We will learn how to use StumbleUpon effectively, even if it takes me all of next year to figure out how. And that’s likely the last network I’m going to need to solve.

This is not to suggest that you should run out and get yourself a linkup without thinking about what you’re hoping to accomplish. Linkups have to be well-crafted to appeal to a lot of people, and they have to attract people who actually visit the other blogs on the linkup. Otherwise, they’re just more work for very little gain. But I’ve seen enough good ones to put one together for this blog and have a chance at success with it.

In the meantime, I am interested in seeing how April plays out for these two blogs. Here’s why.

I am curious to compare our daily totals, and to see how the #WeekendCoffeeShare, which will continue in April, plays into the numbers. Here’s a brief run-down of our quarterly referrals and top posts.

No other single source generated 100 referrals.

I’m not going to run them down, but PTM has 20 posts that generated more than 100 views for the quarter. These fall into several categories.

Interestingly, Part Time Monster received about 1000 more front page views than Sourcerer this quarter. I’m assuming a lot of these views are repeat visits from people checking the coffee share linkup periodically on the weekends. Just as a bonus, here’s the traffic spike from the StumbleUpon hit on March 12-14.

Since this occurred Thursday-Saturday and coincided with the coffee share linkup, it got Part Time Monster our two best days ever for views.

Happy April! Best of luck with A to Z if you’re participating. If not, stop by for our A to Z posts. In general, our April posts will be our standard fare, only the posts will be shorter and we’ll have two posts on a few days of the week that we generally only have one.

We have 11 contributors publishing A to Z posts this month, and we’re also running a few of our regular features. We’re here to make friends, so be sure and leave us a comment! Our theme is #geekpastiche, and some of our contributors are using that hashtag as well as #AtoZChallenge when they share A to Z posts on Twitter and Facebook.

Here’s our A to Z category, which you can also find on the Pop Culture menu.

Continue reading for a list of contributors, friends, & readers who are also Blogging A to Z.