I shared this early in the week and promoted it a bit. Saved the reblog for those of you who come around on the weekend. Read this. Please. Reasons:

1. If you identify yourself as a geek or nerd, claims are being made about your culture which you might want to sound off on.

2. If you like science fiction, you will love this!

3. Are you a technophile? This post discusses the 3-D printing of food, Iron Man armor, and shield technology.

4. Are you an international relations geek? If so take a look at the thread. You’ll find three IR geeks talking about world order issues and we would love to meet three more.

5. Inclined to do me a personal favor? This post is a collaborative effort produced by two of my favorite bloggers in the whole world. I will totally take you leaving a comment on the thread as a personal favor.

For this post, I collaborated with Hannah Givens, from Things Matter (which you should totally check out).  Our mutual love of international relations shines through everything we do, apparently.

Technological innovation raises some obvious questions. What kind of technology will humans use in the future? How will it work and what will it do for us? How will it change the way we do things? Those questions are, perhaps, at their most controversial in the realm of national security, where technology can kill (or protect) ever-greater numbers of people. Fortunately, geek culture is an oracle of war. Science fiction has been imagining the future for a long time now, and was already providing possible answers before national security experts even understood the questions.

Things Matter is the blog of Hannah Givens. Hannah studies history and political science. She also writes fiction and is into Star Wars, Tolkien, and comics, among other things. She’s a regular contributor to our Feminist Friday discussion threads. That is a roundabout way of saying we have a lot in common.

I’m not sure when I discovered Things Matter, but I know exactly when I started paying attention. 🙂

I discovered Hannah’s post on “Batman, The Hobbit, and Modern Mythmaking” in December, probably while browsing the Tolkien tags. It’s still of the most memorable posts of the last seven months for me. The headline says it all. It’s a trifecta of nerdy goodness. And if that’s not enough, it includes this marvelous piece of deviant art: 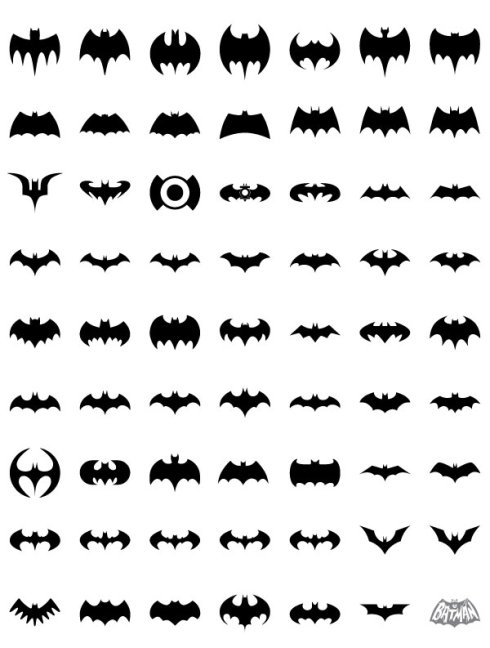 Needless to say, I reblogged that post. I came back to the thread a few weeks later, the night before Jeremy debuted his Batman series, and dropped Hannah a heads up. At about the same time, Hannah published “Are Star Wars Characters Interesting?” That post started as an epic conversation on a Facebook thread during the Snowmageddon weekend, then moved to WordPress. I reblogged that one, too.

We’ve been chatting ever since, and we’re friends now. Rose and Natacha (who’ve both had Follow Fridays on the blog) both commented on those two threads, and Therefore I Geek (who shall have a Follow Friday in the near future) commented on the Star Wars post. I’m still talking to all of those bloggers. I’ve talked to them long enough now to consider them friends. And I have Hannah to thank for that.

So give Things Matter a look, and a follow. I’m sure you’ll be glad you did.

“70 Years of Bats” by The DoLittle/Deviant Art

This is a nice post. I took my grandson to his second Free Comic Day yesterday (he’s six). I did it because it’s a cool way to spend two hours of boy-time, and as the post points out, comics are a good way to encourage reading. I think they work the same way for visual art appreciation and literacy, which I regard as equally important. Our free books from last year didn’t survive. This year, we’re getting bags, and cards, and a box just for his books. So he has the beginning of a collection. I have a small collection from the early 90s myself, preserved so well all these years that I could have them certified. He’s fascinated by that collection, and asks to look at them at least once a week. Long live Geek culture, and May the Fourth be with you!

This Saturday is a magical day. It is a day that is better than Christmas, my birthday and some other great day all rolled into one. Ok, so I might be exaggerating things just a bit, but this Saturday will still be pretty awesome. You may be asking yourself what makes it so awesome and let me tell you, it’s Free Comic Book Day. 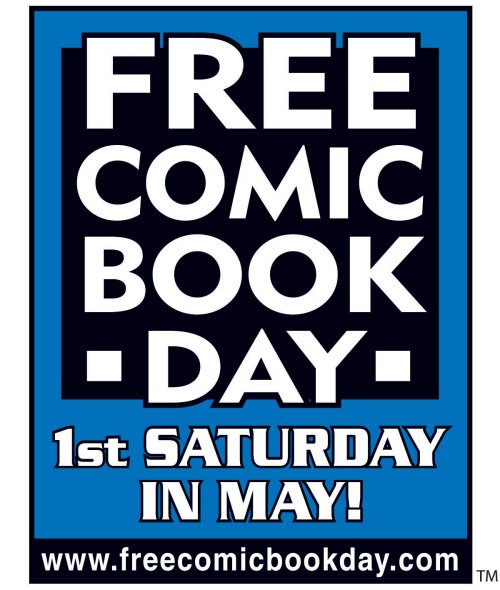 For the past twelve years, the first Saturday in May has been Free Comic Book Day.  FCBD was started to take advantage of the opening of big comic movies, but the annual event has become something much more. While not every retailer participates in the festivities, most independent comic book stores join in. Many stores make a huge deal out of the day, having sales, giveaways and parties. Comic artists and writers have also gotten involved by participating in signings at stores across the country. Fans…

This is cool. It’s the debut of Therefore I Geek’s bi-weekly podcast. I just listened, and I thought they did a fine job. Jeremy will have a post about comics here tomorrow, and we’re hoping have a big discussion about feminism here on Friday. If you’re interested in that, see my last post.

In the inaugrual episode of Random Thought Generator, Therefore I Geek’s Andrew and Tracy (that’s us!) discuss those comic books and strips that have influenced them. Starting from our earliest memories and moving on to more recent discoveries, we cover a wide variety of titles.