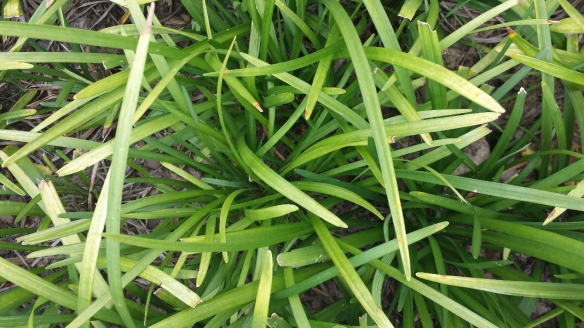 Though it’s the third episode of Marvel’s Agent Carter, it’s only the second week, and as such it has to continue on the story they’ve started. It’s the week of truth: was the pilot a fluke or have they created a show with its own life that will work? Are there interesting characters we want to know more about? It doesn’t have to be a great episode on its own; but it does have to prove something.

And I was worried a bit at the beginning. They created a pretty long intro for the show, pulling scenes from the pilot episodes and with the main character narrating along. It’s a pretty good intro, but how long it was, and covering so much, made me a bit worried. However, the episode we got after that was solid – some good detective work, some good action, and some good character development. So I’ll walk through the episode to highlight these aspects, and then I’ll ask my three questions about the show to spark discussion!

The Griffith Home for Women

At the end of the premier, Peggy Carter needed a new apartment, and her female friend from her favorite diner had a recommendation: her place, a women’s boarding house. So we open there and have several scenes there. While I don’t have much to say about the scenes there, I can theorize a few things.

First is a story element. The landlady describes the home as impenetrable. This serves a couple of purposes. One is that, as Peggy Carter says, nowhere is impenetrable. This is her inspiration moment from normal life, a standard trope in mystery TV: it gives her a new way to investigate the Stark case, by wondering how they broke in to the “impenetrable” vault and stole the secrets. However, the second purpose this serves is something I can only guess at. There is a new girl who moves in, and they make a point of introducing her to Peggy. Will she turn out to be an enemy agent? Is she a fellow spy? After all, how do you break in to the impenetrable building where only women can go upstairs? As a woman.

The other theory I have is a larger one, about the structure of the show. The place gives them an opportunity to have domestic-like scenes with only women as the characters. This is a show where it matters that it’s a female hero, and the Griffith gives them a chance to have every episode pass the Bechdel test, even though when Peggy goes to work, it’s almost all men. In other words, a chance for the female characters to have more to do in life than be expressly female characters – they can just be characters.

Found on the Mary Sue episode recap, which read very differently from my post here!

I made the claim that Jarvis was just a butler, but this episode gives us some background on him. Whoops! Former soldier.

We learned a lot about Jarvis in this episode. Like his weak point: his wife. His wife he met, as a soldier, in Eastern Europe. His Jewish wife, before World War II. His wife he got into a world of trouble saving – trouble he got out of because of Howard Stark.

So we learn something about Stark here, too. There’s still the selfish angle, where helping Jarvis gets him a loyal ally, sure. But it still did a lot of good to help. Oh, and the blatant disregard for the way that the rules or law works.

Jarvis is picked up by the SSR, as they follow up their lead of the license plate from Stark’s car. And honestly, they were pretty well right in their accusations: Jarvis was indeed the getaway driver of that very car, as the Roxxon factory exploded. Maybe not for the reasons they suspect, but they are right.

They reach a point, during a pretty solid interrogation of Jarvis, where they believe they are about to break him. He’s going to give up the secrets. And while they think the secrets are about Stark, Peggy knows the secrets are actually about her. Thinking quickly on her feet, she figures out what it is they are lying to Jarvis about, and find a moment to reveal this to Jarvis. Knowing they have nothing against him, Jarvis goes.

But Peggy can’t just go, she’s at work, her real work where she’s useless because she’s undervalued. Her real work where she had already been late that morning – because she had stopped to see Jarvis first about the real case (and had seen him arrested). So she has to go with incompetence as her explanation, that she “didn’t think what would happen” by mentioning anything.

And her boss comes down on her hard. And his point is not “it’s because you’re a woman,” but he does say that it’s stuff like this that is the reason she doesn’t get any real cases. While we might be able to say “yeah, right, or it’s because she’s a woman,” that wasn’t the focus in the scene. Instead, the focus was on what she was having to sacrifice to clear Stark’s name: her reputation, her pride.

And it is to this point that the episode concludes. After concluding their business with the SSR, Jarvis and Peggy Carter are able to crack the case – following her detective’s intuition from earlier – and find the stolen Stark technology. Peggy is ready to call it in, to take credit for finding it. But Jarvis stops her.

How would she explain it? How could she? How could anyone? Working against her fellow agents, secretly working a case for a man accused of treason. As she points out, she’s potentially being treasonous herself – meaning she very clearly must trust the fact that Stark is innocent.

Jarvis says that they are going to have to clear Stark’s name from the shadows, that they can’t do it out in the open. That she can’t be the one to have the credit, to have it known she’s done it. Again, the hit to her reputation, the hit to her pride. But he’s right, and they call it in for the SSR to find… which also ends up with an agent being killed, by the mysterious figure who was watching over the stolen tech. Was this the thief? Leviathan again? Time will tell!

No one will ever know just how much she kicked this guy’s ass. From the EW recap.

So did this episode present us with a compelling ongoing world? I think it did! It presented us with some ongoing life moments. It gave us characters and their world and life. There wasn’t a big heist or a villain for the week: with a lack of these sorts of leads they had to come up with an investigative angle themselves.

What I am loving with this show is that there are two cases going on. One is the “real” case, Agent Carter working with Jarvis to clear Howard Stark’s name. This is the case that drew us in, as the audience, with the known characters.

The second case, though, is the case the SSR is working, the case against Howard Stark. And in this case, Peggy Carter isn’t the good guy in that case: she’s the perpetrator, she’s the bad guy. She’s going behind their backs, she’s completely disagreeing with them…

This all leads to the formation of SHIELD, part-founded by Peggy Carter, and built to work in the shadows. We’re definitely moving that way, even if it’s not directly related to what’s happening in the show!

This didn’t feel at all comic book – though it certainly felt like a mystery show! Really the only thing that felt like anything was what they found in the Stark tech – the Constrictor, the name of a Marvel villain. If they ever do him in the shows or movies, he’ll be using this Stark tech.

Nope! Didn’t even need to have seen any Captain America movies, really. In fact, with the long intro, you barely even needed to see the premier. It’s like, after good press, they were expecting a larger audience this week. This is a show we may have come to because it’s part of the Marvel Cinematic Universe – but that we stay for because it’s a genuinely good show!

I talked a bit about the Griffith home, and I suppose for this it mattered that Peggy was a woman. But it’s also just a case of putting the character into her historical context. And at work, with the SSR, it mattered in the premier that she was a woman. This week, that was less of a focus, and more personalized to her and the way that she bucks the system and argues with authority, and then, to all they know, acts incompetently. So my answer this week is, somewhat, but not completely.