If you took a break for the holidays, this post was one of the highlights of the last week of December. You’ll want to read it if you missed it the first time around. And it has been Freshly Pressed! I can’t wait for the statwanking from this one. Congrats, Luther!

A note, before I start: I had to do research and learn what the hell the difference is between Holland, the Netherlands and Denmark before writing this post.  So obviously I am supposed to be writing right now.

Anyway.  This picture’s making the rounds: 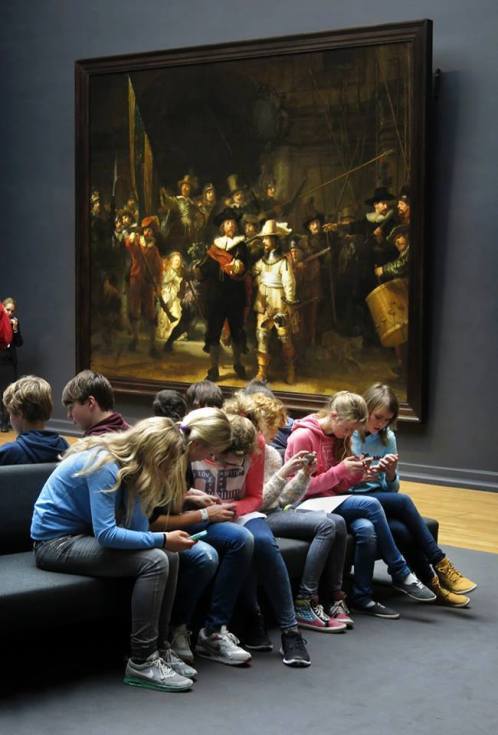 Here’s what you’re supposed to do: you’re supposed to look at this picture and go arr wharglebargle kids these days yarr, and be all mad.  In case you don’t recognize it, that painting on the wall back there is Rembrandt’s The Night Watch, which isn’t actually called that officially but whatever.  The idea is that these kids– who look, to my eyes, to be maybe eighth- or ninth-graders, are in the presence of Priceless! Artwork! and instead of reverently gazing upon it they are daring to look at their phones.  Horror!  Terror! Decline of society!  Wharrgarbl!  Facebook is so angry about this, guys.