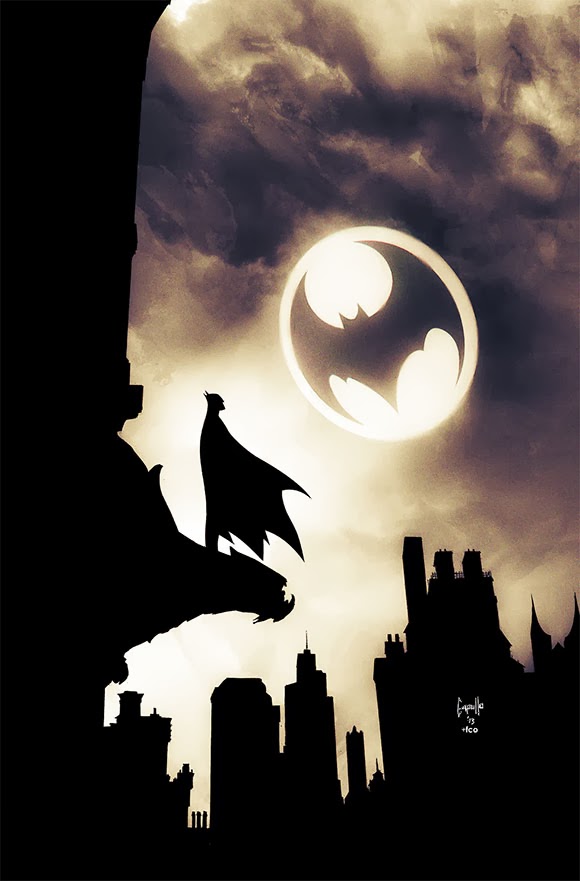 I’m finally getting around to reading this, and since I mentioned it in my first Batman post, I thought it would be a good idea to review it. The book is a small trade paperback unto itself, with a quality cover and spine. It runs 96 pages. It contains seven stories of varying lengths, including Brad Meltzer and Bryan Hitch’s retelling of the first appearance of Batman from the original Detective Comics #27. It also contains a great deal of unassociated artwork worth seeing.

Though Meltzer’s retelling of “The Case of the Chemical Syndicate” is an interesting, modern take on the story, it feels a bit out of place tone-wise with the way Batman has been portrayed in recent years. John Layman and Jason Fabok’s first chapter to the new “Gothtopia” storyline is also included and looks like the beginnings of a trippy psychological thriller worthy of being a Batman detective story. My picks from the issue, though, are “Old School” by Gregg Hurwitz and Neal Adams, “The Sacrifice” by Mike Barr and Guillem March, and “Twenty-Seven” by Scott Snyder and Sean Murphy.

“Old School” is a fascinating romp through the ages exploring how Batman’s appearance and demeanor have changed over the years while trying to stay relevant. Adams’s art, which is always a treat, is doubly so in this issue as he not only revisits a period in his own career, but successfully pulls off convincing versions of other artists’ styles (including Frank Miller’s, believe it or not).

“The Sacrifice” hit me right in the emotions (or the feels, if you will). Narrated by the Phantom Stranger, in this chapter Batman is given a glimpse of how Gotham City would turn out if his parents had never been murdered and he had never become Batman. His own life is heavenly, but I think you can tell where this goes by the title.

“Twenty-Seven” is the portion of the book I was really looking forward to and it (appropriately enough) comes right at the end. Though it has some weaknesses, I’ve enjoyed Scott Snyder’s run on the main Batman title and I was eager to see how he foresaw Batman’s twilight years going. He did not disappoint. I don’t want to spoil anything here, but this is a great little science fiction story and it seems straightforward and logical once you finish it. This is definitely my main recommendation from the collection.

This issue is likely still available through your local comic shop, so go look it up. I highly recommend it to any established Batman fans or anyone who wants to become one; this isn’t too continuity-heavy for new readers to get into.

Let me know your thoughts below! Tweet me @quaintjeremy.