PREVIOUSLY ON THE WALKING DEAD: Reading through my recaps of last season, I really hated the first half of the season, but the second half was so good it made me forget I hated the first half.  Anyway, they’re in Alexandria now and Rick is sliding back into Ricktatorship.  Go read the recaps; you can find links to some of them at the bottom of this post.

Also, Fear the Walking Dead happened.  I recapped that too!

So, this episode jumps around in time.  A LOT.  So much, in fact, that they’ve adopted a black and white color scheme for all the scenes set in the past.  It means that recapping it in a traditional way is going to be… well, annoying to write, at least.  So I’m gonna bullet-point this one, I think.  It’s actually a deceptively simple episode, to be completely honest. 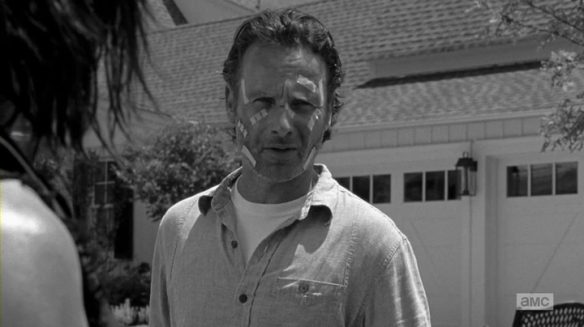 That’s a lot of zombies. 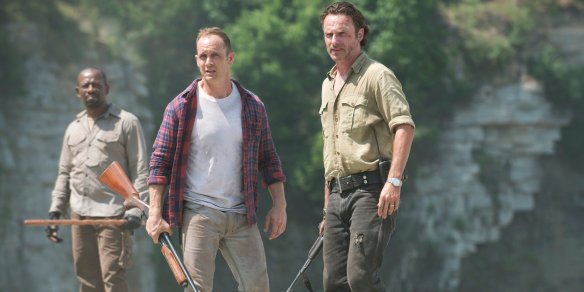 Just grabbing the bull
by the nutsack; I’m living,
darling, just like you.