Jackson, MS premier of #amississippilovestory will be June 27 6:30-8:30 at Mississippi Museum of Art. Free admission.

I can’t tell you how happy I was last Thursday to find this in my Twitter feed. I hope it reaches a wide audience.

The description: A short documentary that takes a poignant glimpse into the lives, relationships and politics of life-partners Eddie Outlaw and Justin McPherson, at a time when citizens in Mississippi and across the nation were watching and waiting for the U.S. Supreme Court decision in the Defense of Marriage Act case. The time to leave Mississippi has passed for Eddie and Justin. They are committed to staying and making Jackson a thriving place for the gay community to live and, hopefully, in which to marry. @MSlovestoryfilm

If you are close enough to Jackson, MS, and interested enough to drive there and see it for free this weekend, you can find the address of the Mississippi Museum of Art here.

Here are a few more details, which I hope it is ok to share:

A second unit team captured footage in Washington, D.C. as the U.S. Supreme Court heard oral arguments on California’s Proposition 8 and on the Defense of Marriage Act.  Editor Azod Abedikichi employed an upbeat and whimsical style, which included animating original illustrations by Joy Abedikichi, to capture the essence and spirit of the subjects. Composer Chris Gibbons’ simple and beautiful Red Tango reflects the energetic and optimistic disposition of Eddie and Justin.

Sounds cool, doesn’t it? You don’t want to miss it! 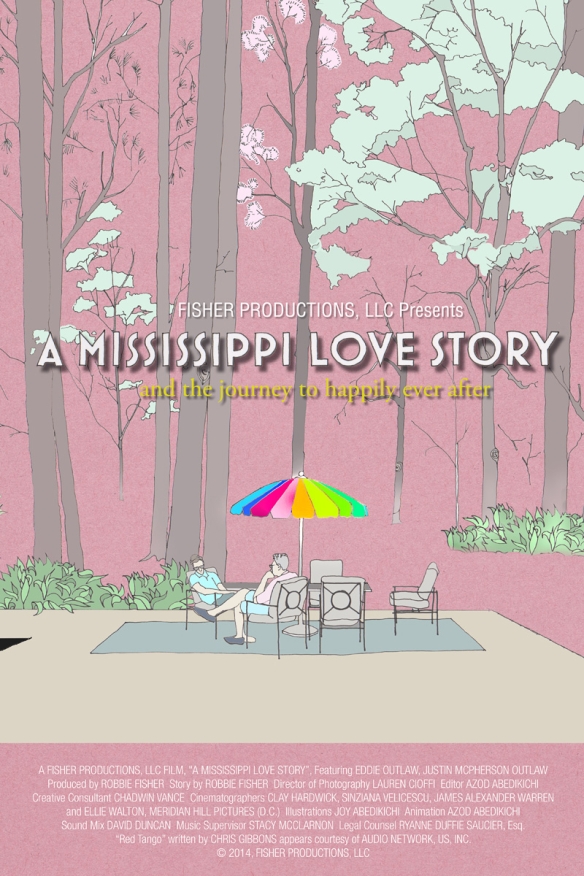 I hadn’t intended to post this afternoon because I wanted the two pieces I published this morning to have the front pages all day. I had no idea when I made that decision that Part Time Monster would be freshly pressed today, so I will make this short. Congratulations, Diana. On Teaching Our Children: White Privilege, Ageism, and Maintaining an Open Dialogue is worthy of the recognition.