During the first year I blogged here, I posted a lot of planning-type stuff and sometimes asked for reader feedback. One of the reasons I did that was because most of my social media friends were people I knew only in the blogosphere. I stopped doing it in January because one of my goals for the year was to turn Sourcerer into a seamless five-or-six-day-a-week pop culture blog.

But anyone who’s trying to build audience for creative work is wise to ask readers what they want now and then. So I’m asking for feedback on a few things today. Everyone is welcome to chime in.

Any other constructive feedback to help us improve the blog is welcome. We’re getting into the time of year where I do any redesign & long-term content planning that needs to be taken care of before we get back into the starting blocks for 2016.

Also, would any or you who have never contributed here before like to step aboard and join our hearty crew? If so, hit me up and we’ll work out a way to discuss it privately. 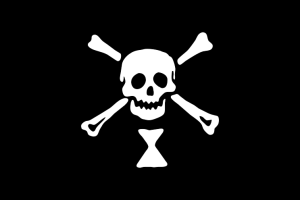 We’ve got a collaborative review of the Fantastic Four movie from Hannah and Melissa running tomorrow, and you don’t want to miss that. Also, I’m working on a guest post for Hannah. Not sure when it’ll be finished or when it will run, but the first draft is done.

We’re taking Thursday as an off-day for a bit. We’ve never been the strongest on Thursdays, and I’m to the point where I’m just not willing to publish our valuable, wordy content on Thursdays unless we have a glut of it, or unless we work out a specific plan for that day. If I do anything at all on Thursdays for the next little while, it’s going to be to reblog and/or do quick roundups to encourage you to visit some of our contributors & friends.

This week’s Feminist Friday discussion will be hosted by Gretchen at Drifting Through My Open Mind. After this week, we only have two more of these posts before the next off week on Oct. 31.

Gretchen is a fabulous blogger, and these discussions started as a conversation between Gretchen, Diana, and myself back in December. We’ve come a long way since then, made a ton of good friends, and gotten a lot of bloggers involved in the conversation. So yay!

On Nov. 7, I’m planning to write the Friday post myself and then step away from these discussions until after the New Year. I’m not stepping away from the blogging about Feminism, talking with Feminist bloggers, or sharing the links for two months, though. I’ve just got too much to do to organize another round of weekly posts before January. I’ll have more details about all this in the wrap-up post. In the meantime, stop by Drifting Through this week, and feel free to chime in if you’re feeling chatty!

If Just Gene’O were further along, I’d post this there. Since it’s not, I’m posting it here and running my Tuesday Texture at Just Gene’O. I’m thinking about what to do with this blog through the end of the year and I’d love some feedback on the ideas I’m tossing out here.

First, we have to get through the end of the month and still be posting the first week of November. That’s a must-do because I’m planning to wind up the Feminist Fridays, or at least my official role in them for 2014, at the end of that week. November 7 is also the one-year anniversary of this blog. The season finale of Doctor Who is the Saturday after, on Nov . 8, and we must finish the season. It will be the third season of television we’ve blogged, and the first we’ve blogged both here and at Part Time Monster. It’s important that we wind it up in good order. Lots of future-stuff is riding on it.

I’m thinking of doing a near-shutdown sometime after that. I don’t mean going away entirely, but cutting back to a couple of posts per week, re-thinking the design, and revamping the pages a bit. The reason I’m thinking of doing this is because I know how long it took to move my personal blog to Just Gene’O while keeping up the rest of the schedule. Way too long, is how long it took.

Since our traffic receded to pre-summer levels almost the minute we stopped posting three and four times per day here, I’m not concerned with taking a big hit on the page views. I’m especially not concerned about December because December is going to be bad no matter what we do, and we’ll get a bounce in January. So it makes more sense to me to put the time into things like design, reorganization, and stockpiling content in late November and early December than it does to put it into everyday blogging. So, my questions for feedback are:

I’m also considering posting publicly for a new contributor or two. Doing that has its pitfalls. I’ve hesitated to do it up to this point because I haven’t felt a real need. But I’m thinking that along with the redesign, the blog needs one more regular blogger. Anyone ever had any success with recruiting regular contributors from the blogosphere at-large?

A final thought. This is more a puzzle for me at this point than anything I expect help with, but opinions are more than welcome 🙂  Just looking at what multiple posting every day did for our traffic over the summer, I’m asking myself this question:

Say I have six posts in a given week and that’s all I can do. Do I post them once per day, Monday-Saturday, or do I post two per day on Mondays, Wednesdays, and Saturdays?

I don’t know the answer, but I am curious about it. I am also wondering how different the last year of my social media life would have been if I’d branded myself a pirate instead of a sorcerer.

The Feminist Friday post is up, and it has links to some awesome articles about sexism in vintage ads and recent attempts to sell products to women using Feminist ideas. Hop on over and check it out!

Welcome back, readers! I’m hosting Feminist Friday again this week. Last week, we talked about the gender segregation of bath products. This week, we’re going to discuss two specific techniques of advertising directed at women consumers. First, we’ll be hopping back into our time machine to look at the “shaming” technique circa 1930-1960, and then we’ll return to the present (mainly 2010-2014)  to look at attempts to use “empowerment” to sell goods to women.