…the ones connected to comic books, anyway.  And Star Wars.  Because, hey, there are Star Wars comics again!  And they’re mostly not bad!

I’m hoping for this to be a conversational sort of post, so please feel free to argue with me in comments, and if I missed anything notable, let me know and I’ll pass judgment.

I’m on record in any number of places: I don’t think there has been a good Batman movie since the first Tim Burton movie, and yes I’m including those three abominable Ninja Punchy Man Dressed Like a Bat movies that just came out.  I have also loathed the last two Superman movies; the last one in particular drove me into such a berserk rage that I left the room halfway through and never came back.

What I am saying is that I may not be the target audience for this product.

Now, that said: I do like the idea that what is setting up Batman’s vendetta against Superman is that he was in Metropolis during the carnage at the end of Super-Strong Alien with Assholes for Parents.  I like everything about Batfleck except for his face; he really wants Batman to come off as crazypants angry and I think most of the time he’s hitting somewhere near “Teenager being forced to eat vegetables.”  This isn’t making me want to see the movie, in other words, although I might want to see the movie Jesse Eisenberg seems to think he’s in, where he’s playing Lex Jokor.  (See what I did there?)

The best thing about this is Amanda Waller, who appears to have been ripped straight from the comics pages, and the line “I threw them in a hole and then threw away the hole.”  I also like that even though Will Smith is in this movie you can watch the trailer and not quite catch that Will Smith is in the movie.  I have no particular attachment to any of these characters– I don’t even know who a couple of them are– so it’s gonna be difficult to mess them up for me.

And I like Jared Leto’s Joker, at least the few seconds of him we’ve seen.  I hold no affection for Heath Ledger’s version– see above– so I’m comparing him with Nicholson, who was fun but wasn’t scary at all.  This one has a sort of twitchiness to him that I like a bit.  The tattoos are a bit much but I assume he won’t be shirtless for the entire film.

As of this morning, I was able to watch this, but the cellphone video on the site I was using is gone already, and while I suspect you’ll still be able to view it if you’re willing to look around hard enough I doubt Gene’O is super interested in Sourcerer getting a DCMA takedown notice, so I’ll leave it to you if you want to look around.  Suffice it to say that this movie really is going for an R rating, and while it certainly captures Deadpool perfectly the number of F-words getting tossed around actually felt gratuitous to me by the end of the trailer.  If there are hard-R Deadpool comics out there I haven’t read them; my objection is less to the profanity itself (Read my blog! I love profanity!) than to the rather jarring tone shift from every other Marvel movie and every Deadpool comic I’ve ever read.

That said: The cast is clearly having a tremendous amount of fun, particularly Ryan Reynolds, and I suspect Deadpool fans are going to love this.

I haven’t seen either previous Fantastic Four movie.  I have twenty longboxes full of comics in the room with me right now and maybe a dozen of them are Fantastic Four comics.  I’ve never been a fan of the series.

I am super psyched about this movie for some reason.  I’ve always liked the Ultimate version of the FF more than the 616 version, so making the Four a bit younger doesn’t bother me any.  Doom isn’t the typical guy in armor, but I like the look.  And I love everything about the Thing other than his voice and his lack of pants.  This movie is getting greeted with a lot of skepticism that I’m not certain it deserves; I think if it hadn’t been for the poor reception the two previous films got, people would be more excited about it.  I certainly am.

But put some pants on the Thing, ferchrissakes.

Not a trailer, I know, but close enough. And if you can watch this without a catch in your throat by the end of it you and I cannot be friends.

I have been skeptical about this “Episode Seven” business.  Quite skeptical.

And I think that’s all I need to say.

Tired of your comics continuity coming apart? Of DC and Convergence, of Marvel and Secret Wars? Looking for a character who can effect real, lasting change? Who matters more than all the others? Then of course you are looking for none other than Deadpool, and the comic of choice this week is What If Venom Possessed Deadpool?

I originally picked up this comic because I was like “Hey, I like Venom and I like Deadpool.” But you’ll notice in the discussion to come there’s not a lot of Venom. Yeah… wasn’t really the relevant part of all of this! Venom, through the symbiote suit, is a connection to the original Secret Wars, which is the real point here!

What If? is a longstanding occasional Marvel comic, looking at (you guessed it) the “what ifs?” of comic events and happenings. However, it’s usually a bit more serious… this one is 100% parody. Possibly more percents. 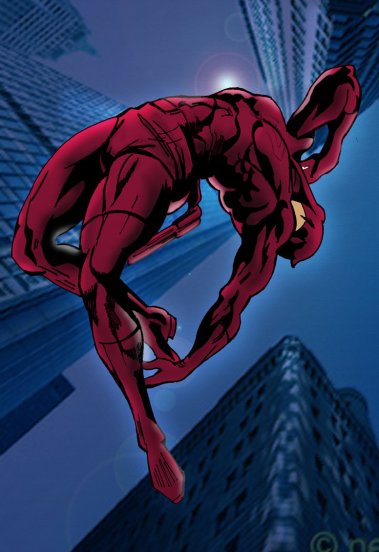 (These are in No Particular Order)

I have to say, I love it when the perfect character, writer, and penciler are united on a title. A great example of that is the Bendis/Maleev run on Daredevil. Say what you will about Bendis’s recent work; this may have actually been his prime. This also has some wonderful thematic crossovers with the other titles he was working on for Marvel at the time, namely New Avengers, Alias, and The Pulse. If you’re a big Matt Murdock fan like me, this is a must-read period in the character’s history. While I love Waid and Samnee’s current run on the character, this is a much darker and grittier version of Daredevil whose darkness and grittiness won’t make you roll your eyes in disgust.

Not long after the idiotic cancellation of Firefly but years before Marvel entrusted the fate of their entire Cinematic Universe to him, Whedon had a roughly four year run on an X-Men title. I have to say, if you haven’t read it, you should. It is a work of genius with great character moments, the usual smattering of witty Whedon dialog, and great casting choices. With a team including Cyclops, Wolverine, Beast, Emma Frost, Kitty Pride, and Colossus, how can you go wrong? This is definitely worth a read and will make you wonder what else Whedon could do with the characters Marvel no longer has movie rights to.