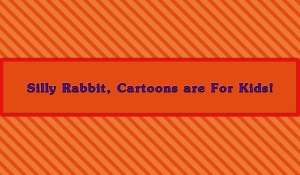 Hi, everybody! I’m excited to be back on Sourcerer  and I have something new and exciting to talk about! Cartoons!

I know, I always talk about cartoons here.  Just go with it.

I started posting about children’s media last year with an enormous discussion of the Disney Princess franchise. That post was supposed to be a one-off, but it turned out to be my most popular article. The conversations it inspired are what made me realize how strongly I feel about children’s media as something that should be valued and taken seriously.

I never really had a chance to respond to every comment the way I wanted to. Silly Rabbit started as a bunch of comment responses. The tone is a little bit different from my He-Man and She-Ra series, but I think anyone who enjoyed that series will like this one.

I like cartoons. I like them so much I’m going to spend the next several weeks sharing about why I think more adults should watch them and responding to comments about them. If you’ve been on my blog at all, which I hope you have by now, you’ll know how opinionated I can be, and I can never resist the urge to blog about animation. 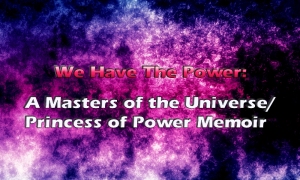 I have a little sad news today. It’s time to wrap up my He-Man and She-Ra run on Sourcerer. I’ve had a great time here, and I loved getting to connect and reminisce with all the other fans who’ve commented.

If you missed any of the posts in the series, you can check them out at the links below.

I do plan to continue posting about He-Man and She-Ra in the future and I’d like to ask what Sourcerer’s audience would like to see from my posts. Originally, I had planned to post character profiles and bios. I realized that I don’t have any more information than the bios on he-man.org, and I think the fun of this series has been it’s connection to 80s nostalgia.

Over the summer I’ll be switching gears to a new series based on comments I’ve received about my cartoon posts. It’s a bit more serious, but I think you guys will enjoy it if you’ve liked the memoir posts!

Hey everyone!  Rose here, continuing with my retrospective on He-Man and She-Ra.  If you missed the intro, you can check it out here.

I’ll never forget the first time I watched He-Man and the Masters of the Universe. I was seven years old. My family had just moved to New Hampshire, and we were living with my aunt.  There were a total of 6 kids in that household all under the age of 10. Three of them were toddlers. I expect that the adults desperately needed something for us to do.

My dad and my uncle went to the video store and came back with a two volume VHS set of Masters of the Universe episodes. 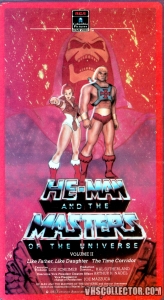 Nope, not one of the ones we had, but the best quality cover I could find online. Courtesy of vhscollector.com

I think there were a total of 15 of these released, and each one have like four or five episodes. Talk about milking your fan base. Way to go Mattel and Filmation. But, back in the 80s, five episodes per tape was pretty standard.

The episodes I remember best were the Diamond Ray of Disappearance, Teela’s Quest, the Comet Keeper, and Colossor Awakes.

Diamond Ray was the pilot episode, but it actually aired third in the broadcast run. It was the first episode on the tape, and I remember it well enough that I can still probably recite most of the dialogue from memory. 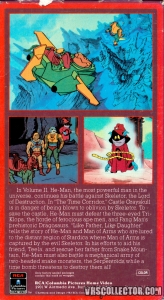 And here’s the back for your viewing pleasure.

I don’t remember my sister’s reaction, but my brother and I sat transfixed, at least for the first 10 minutes. After that, my brother was running around waving an imaginary Sword of Power. I was still sitting transfixed. We rented those He-Man tapes so many times that our parents probably would’ve saved money buying them outright.

Teela was hands down my favorite character, but I wanted to be the Sorceress. I’ve always gravitated toward the mentor characters, especially the ones who have an obvious connection to magic and spirituality. (There’s nothing overtly spiritual going on in He-Man, but the magic of Grayskull has a definite mystical undertone.)

My older cousin liked the Sorceress too, and started calling himself the Sorcerer. He even tricked me into thinking he had real magical powers.  That went on for months. Maybe I was a little naïve.

I loved the weird, genre-bending mishmash that made up the planet of Eternia.  It was a world where science, magic, and mysticism all co-existed as naturally as different branches of science do here.  There was rarely tension or conflict between scientists and magicians.  Most often, they worked together to create solutions to episode conflicts. In fine 80s tradition, the world was full of bizarre, brightly colored locations and imaginative monsters.

Filmation gets knocked a lot for its re-use of stock footage. I admit that sometimes it’s annoying.  The animation can be awful.  Filmation was a small studio trying to save production costs. I think panorama shots like these more than make up for it.

What I loved most about the show was its sense of depth and how, even though He-Man was the protagonist, the supporting characters got plenty of time for development and attention to their own history/storylines.  The Royal family of Eternia and its allies had a history and sense of being both “family” and “nobility” that felt genuine.

We can’t have a series of posts about He-Man without acknowledging the cheesy dialogue or over-the-top costumes and villains, I but don’t think those things are any more silly than (for example) a guy who runs around dressed like a bat fighting a killer clown.  And cheesy dialogue? It was the 80s.  The whole decade was synonymous with cheesy dialogue.

I’ll leave you with that thought, and next time, we’ll take a look at the show’s pop culture influence and my first experience as resident geek in a public school. 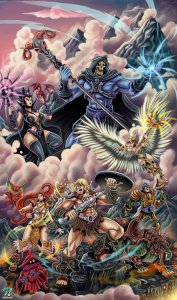 This week’s featured fanart, by Edgar Sandoval on DeviantART. Click the image to visit the gallery/view full size.