We are in a lull with our Monday content this week, and I had a crazy weekend of chattering on threads so I don’t have anything substantial loaded. But I don’t want to publish just a photo on a Monday, so here are five regular features at other blogs that I just love. And by the way, regular features are very helpful for keeping a blog rolling and developing a regular audience.

Taylor Grace’s “Posts I Loved this Week” is great for finding new blogs to read. It always features excellent blogs, and sometimes my own posts make the list.

Therefore I Geek’s “Around the Web” always includes a collection of geeky and interesting stories from (you guessed it!) around the web.

“The Comic-Verse: Awesome Art and & The Top 15 Featured Links” at the Speech Bubble combines a roundup of comics links with high-quality images from Deviant Art. It’s an awesome feature, and our comics posts have landed on the list many times. 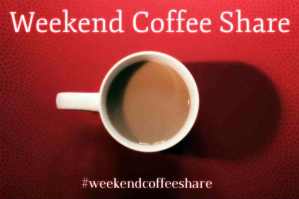 “#WeekendCoffeeShare” is a feature a lot of bloggers do on the weekend. The posts can be about practically anything, and the idea is to write them as though you were having coffee with someone and chatting. Part Time Monster (run by my sister Diana) hosts a weekend link-up for the coffee posts.

You can find “Top Ten Tuesdays” at several blogs, including the always-fabulous Write On! Sisters. It’s sponsored by The Broke and the Bookish, which hosts a weekly link-up for the posts and announces the topics in advance.

Got a favorite feature you try not to miss or one you use for your own blog? Tell us about it on the thread!

Weekly roundups were one of the secrets to my modest early blogging success. I’m going to try and get back to doing that here. My roundups are three to five links. Sometimes they’re themed and sometimes random. I’m not posting them on any particular day, but I will try and have one a week for the next little while. Here’s a roundup of posts from four blogs I follow. All of them are a part of larger blogging projects.

Congratulations to Sabina of Victim to Charm on having her Feminist Friday post, “How Valuable is the Bechdel Test?” Freshly Pressed. 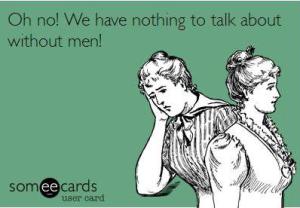 Even though I’m in the process of moving the coordination-type posts for the Feminist Friday discussions to Just Gene’O, I just have to mention Sabina here. I was thrilled when Sabina offered to write a post for the project, and I’m even more thrilled that she’s been Freshly Pressed. Take a look at Victim to Charm if you aren’t familiar with it already.

While we’re on the subject of Feminism, Leah’s got a Feminist Halloween project going at The Lobster Dance.  Here are a couple of excerpts from her first post that will give you an idea what it’s about.

Instead of a Halloween gender reader this year, I’d like to try to do a nearly-daily short (hopefully positive) post on items that other feminist Halloween-lovers can enjoy, including recommendations for horror and horror-adjacent works, writing on representation in the horror genre, and discussions of combatting sexism in Halloween . . .

. . . Horror can be created by and focus on women, queer and nonbinary people, people of color, and people with disabilities. And that, readers, is what I’ll aim to do in this series: highlight horror that doesn’t rely on violence against or fear of marginalized groups as the site of horror.

Feminist Halloween strikes me as an ambitious and interesting project. It touches on several issues that I care strongly about, so I can’t wait to see where Leah goes with it.

Speaking of ambitious blogging projects, take a look at “It Just Is,” the fifth installment in Rose Fischer’s Redefining Disability Project. In this latest post, Rose talks about why she’s taken on the task of promoting better representation of people with disabilities in media, and about the illusion of independence. I’ve done my best to follow this series so far, and now that I have a little more social media time, I’m hoping to keep closer tabs on it. It’s a worthy project, and as a blogger with several long-term projects of my own, I appreciate the amount of effort it takes to keep something like this going.

And if you’re into writing or Star Wars, you’ll appreciate “A Galaxy of Possibilities: Discussing Character Writing, Diversity, Star Wars and Fandom,” by the incomparable Natacha Guyot. This series is in its twelfth week now, and the latest installment is about some of Natacha’s New Republic characters that she decided not to keep.

Have a great weekend, and keep blogging!

This is quite a stellar group of musicians all on one stage.  On with the preview.

BONUS LINK: This is for you comics fans. (I know you’re out there!) Check out CompGeekHolly’s first impression of the new Gotham series.

Have a great week!

I haven’t done a roundup lately, and I’ve seen lots of good stuff today, so I thought: “Why Not?”

Rose Fischer has joined the 2014 Blog For Mental Health project. I haven’t had time to read the project description carefully, but it looks promising. You can find more information about it at A Canvas of the Minds.  And be sure to check out Rose’s interactive series “Redefining Disability.”

Quaint Jeremy’s thoughts has a contributed post today, “Nerdy is the New Cool,” from Candice of Carving out a Space. If you have a second or two, head on over there and chime in on how you feel about the epidemic of nerdery in media and pop culture, and the subculture itself becoming more socially acceptable.

The Leather Library and Taylor Grace, Author both posted Very Inspiring Blogger Award nominations yesterday. If you looking for a big bunch of new blogs to follow, you should check out their posts and check out some of the blogs they’ve nominated. Thanks, Taylor, for nominating me as the proprietor of Just Gene’O.