I know I’ve blogged this video before, but only 15 people saw it when I did, and it seems right for the last weekend music on Friday here until May. I’ll say two things about it.

Next week, an Arrow review from Melissa and a Blogging A to Z in April Challenge post will run on Friday. Since Luther is not quite done with The Walking Dead yet, we’ll have an A to Z post AND zombies on Saturday, April 4.

That doesn’t leave much space for the Weekend Music. The whole month is like that, so I’m moving the video to Sunday, featuring a single artist all month long, and combining it with an open A to Z thread that you can use to share links and chatter and such. I’m not telling you who the featured artist is in the post. You’ll just have to guess and then check back next Sunday to see if you were right.

April will be good. Friends will be made.

This week Arrow started with a wedding, which would imply the characters let their hair down and had fun. But not Team Arrow, oh no, Team Arrow barely made it through the vows before the shit hit the fan. It’s not that I expected Ollie to bust out his moves and raise the roof on the dance floor, or drink too much and fumble his speech, but, come on – it’s a wedding!

I have mixed feelings about the actual ceremony. Part of me was irritated by Ray stepping in as Minister at the last minute because, other than elevating his position and grating along Ollie’s nerves, I couldn’t see the point. For the most part though, I was thrilled that Diggle got to marry Lyla again. I loved the vows, they were completely in character and, though the ceremony itself was a little short, I couldn’t have asked for better. 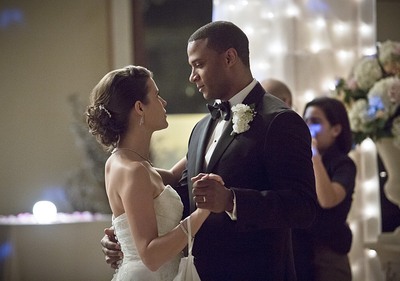 Of course, no sooner had the happy couple taken to the dance floor, the news of fake Arrow’s killing spree hit the teams’ synchronized devices, and it was all hands on deck. Until Ollie ordered Diggle and Lyla to go on their honeymoon and the pair cut and run.

Not that they got very far, because Deadshot high-jacked the limo and put a kibosh on their honeymoon plans. I’m a fan of Deadshot, or at least his acerbic wit, so I didn’t mind the prospect of spending time with the Suicide Squad. The mission to Kasnia could have had more depth, but seeing Deadshot taking out so many targets, while working seamlessly with Diggle, more than made up for it. 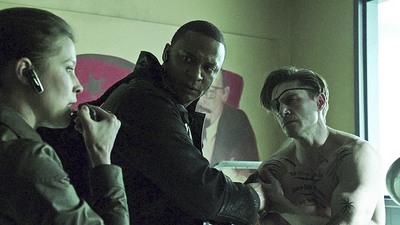 The last time we saw Deadshot, Diggle got to work through a few of his issues and the scenes in Kasnia were an extension of that. By the end of the mission we had a better understanding of the man behind the monster. In fact, the flashbacks this week were all about Deadshot – something which worked incredibly well to tie up those loose ends.

It didn’t surprise me in the slightest when Deadshot sacrificed himself for the team, he strikes me as a ‘go big or go home’ kind of guy. Though I doubt we’ve seen the last of him (come on, you don’t really think he’s dead?), the twist did add weight to the message behind the episode – relationships are hard to maintain when you put your live on the line every day.

That brings us back to Ollie and the events in Starling City. Aside from a really cool scene which involved several archers all dressed like Ollie, our hero had a pretty hard time this week – but what’s new, right? 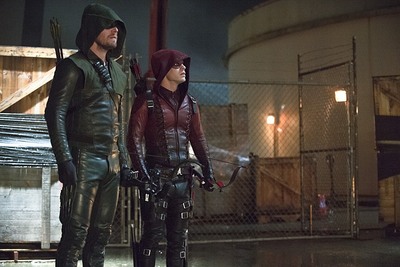 Not only is Ra’s continuing his mission to turn the city against the Arrow, his friend Maseo appears to be the harbinger of doom! On top of that, Ray discovered Ollie’s secret and threatened to reveal his identity. When that didn’t work he decided to bring Ollie in personally, which, suit or no suit, is pretty hilarious. No wonder his ego was bruised by the end.

That said, he did get to show off a few cool tricks when he challenged Arrow and Arsenal – he even blasted Roy with a direct hit. While we’re on the subject, after Ollie disarmed the suit with a well-aimed arrow and brought Ray to his knees, he walked away without checking on his buddy. Roy didn’t make another appearance, so one can only hope he managed to scrape himself off the pavement! 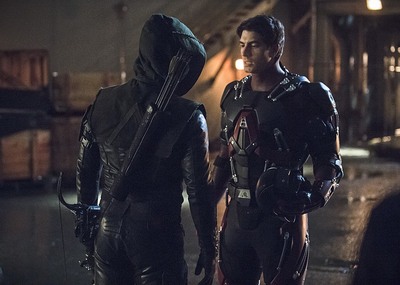 The whole identity reveal added another layer to the love triangle between Ollie, Felicity and Ray, and this was my least favourite thing about the episode. It all felt too rushed, and Ollie is still no closer to a resolution.

Overall though, I’m glad we got to see the suit in action. I enjoyed Deadshot’s character development, and seeing more of Diggle this week. The episode ended on a cliffhanger, with Felicity in the cross hairs and Maseo ready to sever his relationship with Ollie for good.

What about you – did you enjoy the episode? What do you think will happen now that another mayor has bit the dust? Will Ra’s succeed in ruining Ollie’s reputation? I’d love to hear from you.