Camille and Kennerly have a massive archive of these duets on their channel. I subscribed the minute I viewed the first one. They cover all genres, and always dress for whatever they’re playing. What do you think? Do I add a category to the Playlist and follow all their social media? If you like this, let me know. Given that I don’t feature any single artist more than about once every six weeks, The Harp Twins’ archives are inexhaustible.

There’s not long to wait now – only one more week and Arrow returns to our screens. I’m going to steal Luther’s line, because it seems fitting – is it next Wednesday yet?

In last week’s recap I dealt with the villains from Season 3 so, as promised, this will be a low down on the heroes.

I’m going to start with the obvious because, let’s face it, despite his slight absence from Team Arrow, Ollie is the hero of the show. He’s had a tough time of it this season; an identity crisis (or two), losing Felicity, the death of Sara, discovering Thea’s dark secret, a new dynamic within the team, Laurel becoming the new Canary, Ra’s proposal, and let’s not forget the dying part – or almost dying anyway.

Though Ollie can be intense, and often arrogant, he has developed considerably during this season. Perhaps the most surprising, at least for me, is his somewhat convoluted relationship with Malcolm Merlyn. Not only has he saved him, more than once, he is currently working with Malcolm to enhance his swordsmanship. There’s no disputing the Dark Archer’s skills, but still – it’s quite a turnaround. 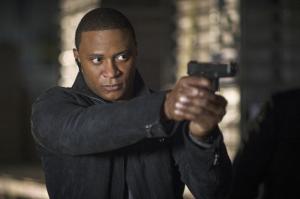 Diggle is one of my favourite characters. He’s more than Ollie’s bodyguard, he’s an integral part of Team Arrow and quite often, he acts as Ollie’s conscience. Their friendship is one of the highlights of the show.

We’ve seen Diggle fight his own demons this season, particularly his guilt over failing in his job. Diggle still views himself as Ollie’s protector and the fact he couldn’t save him or at the very least back him up (during his battle with Ra’s al Ghul), really took its toll.

That said, he stepped into a leadership role of sorts while Ollie was away. The team naturally turned to him, and he did a great job. I enjoyed seeing him in action, because he isn’t utilised as often as he should be – at least not in combat.

I’ve enjoyed Roy’s development in this season though, like Diggle, he isn’t utilised as much as he should be. He has had an opportunity to show off his burgeoning skills, especially when Ollie was away, and has come into his own – in terms of his alter ego Arsenal. I particularly enjoy scenes when he works closely with Ollie. Most recently he’s taken it upon himself to be Thea’s protector and confident, though he doesn’t always say the right thing!

Laurel has far exceeded my expectations as the new Canary. We witnessed a kind of character evolution, which made complete sense. Her training sessions with Ted Grant fit really well, especially since Ollie refused to help – she had to gain the skills from somewhere. I like how tough she is, while at the same time, her abilities are raw and in need of honing. Now that Ollie has accepted her role within the team, he might be more willing to support her in the transition. Her mistakes make the role believable, and Laurel more relatable. I’m keen to see how she develops during the remainder of the season. 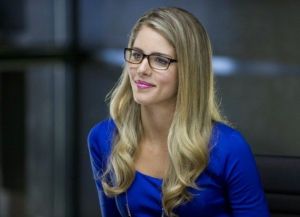 While not strictly a hero in the conventional sense, she is a fully-fledged member of Team Arrow and in a lot of ways, she’s the heart of group. She is an expert hacker and a great source of information, both in and out of the field. My favourite aspect of the character is her dry sense of humour – Felicity is a great source of entertainment.

Her relationship with Ollie has taken a number of hits this season and her attentions are turning more and more to Ray Palmer. This dynamic offers a light, often humours respite – balancing out the darker elements of the show. They are certainly fun to watch.

I wasn’t entirely sure about Ray in the beginning, but I’ve grown to appreciate his intelligence and humour more as the season has progressed. For me, his character was slow to develop, but thanks to his relationship with Felicity, and the fact he finally donned the suit, I’m sure there is a lot more to come from him. I enjoyed seeing his creative genius at work, and even more, his eagerness to step up to the plate when it comes to protecting those he cares about.

Did I miss anyone? I’ve covered the main heroes, most of whom belong to Team Arrow, but there are others – those who have flashed in and out with a guest slot or two! What do you think of the team? Have you enjoyed the developments? What are you looking forward to most when Arrow returns? I’d love to hear your thoughts.

NB: Images used within this recap are the copyright of The CW Network. All rights reserved.