Okay, so it won’t come as a surprise to learn that Ollie isn’t dead, and I’m thrilled about that, truly. But his miraculous recovery, or indeed his resurrection, was a little vague. Still at least the show didn’t keep us waiting (only until the end of the episode), to discover his fate. I was wrong about the Lazarus Pit, which isn’t really a surprise. That would have been too obvious wouldn’t it?

The flashbacks with Ollie and Maseo set things up pretty well. We know Tatsu (Maseo’s wife) had been taken by China White, and after Amanda refuses to sanction a rescue mission, Ollie takes matters into his own hands. It meant Maseo was indebted to his friend, and this explained why he went to extraordinary lengths to save Ollie after the showdown– bringing Tatsu in (I was wrong about her too), so she could bring him back to life. 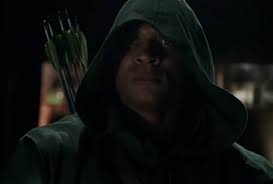 Back in Starling City, Team Arrow are left wondering about Ollie’s fate. The show started as it means to go on, at least for the time being, with Diggle and Roy (or Arsenal) picking up the slack. We’ve seen Diggle in the green suit before, and still it was a shock. He wasn’t particularly thrilled about it either – he looked down right awkward! I think he said it best when he muttered, ‘I’m more of a Glock guy.’ Needless to say, he only wore it once. Roy, on the other hand, got to show off his growing skills. I really enjoyed seeing him in action.

Understandably, the episode follows the team’s transition from uncertainty to acceptance. They believe Ollie’s dead, and it hit them all pretty hard – though Roy didn’t show any real emotion. That said, there are several touching scenes, my favourite being between Diggle and Laurel (who, by the way, didn’t question why Ollie went off to fight Ra’s). The fact Diggle doesn’t know what to do (for the first time since meeting Ollie), coupled with his admission that he still feels like Ollie’s bodyguard, shows how much he’s hurting. He believes he failed to protect his friend. 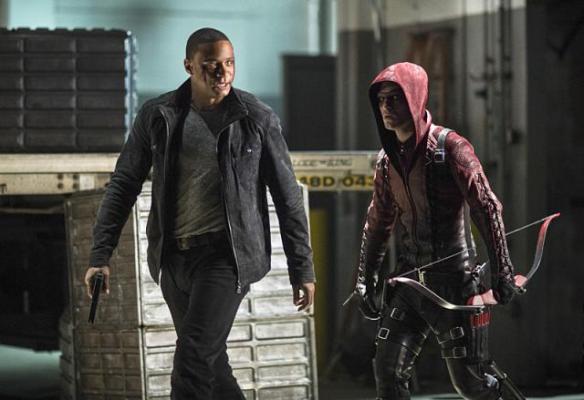 Felicity’s reaction was predictable in that she started off refusing to believe Ollie is gone. When the truth finally hit home (though it’s a false truth), she lost hope, or at least her belief in the team as a whole. Her protective instincts made sense, she prevented Diggle and Roy from pursuing the bad guy (we’ll get to The Brick in a minute) because she was afraid they’d get killed. Her scenes with Ray Palmer were emotionally fraught, and he got most of the transference. It wasn’t a surprise when she quit Team Arrow either. They are all questioning the point of continuing without Ollie.

There’s actually a wonderful scene (or two) with Barrowman, when he confronts the team about Ollie’s whereabouts. His quip ‘Can you put the gun away. They don’t scare so much as annoy me,’ in response to Diggle’s fire power, was a memorable one. Though Diggle gets points for pulling another gun! Since it becomes clear (to everyone but us) that Ollie perished on the mountain, Malcolm has to face the fact his life is still in danger. He informs Thea that they must leave Starling City and never return – so dramatic! I doubt she’ll leave considering her concern for Ollie, but their on screen time together was good. Judging by her progression (she’s great with a sword), Malcolm makes an excellent teacher – though an arrogant one.

The bad guys in this episode actually set up the storyline for the rest of the season. We were introduced to Daniel Brickwell (aka Brick), played by Vinnie Jones. Vinnie played his usually thug, which mostly paid off. I just couldn’t help comparing his opening scene to the moment Ollie challenged Ra’s al Ghul. The Brick was disciplining a member of his crew, and when I say disciplining I mean allowing him to die with a fighting chance. The guy was handed a gun, which the Brick informed him had been used to drop his first buddy. It didn’t have quite the same impact, but there’s no disputing that Vinnie is bad ass. The fact he’s planning to take over the Glades sets us up for a fun couple of weeks! He has a full crew too, men who were put away by Team Arrow (mostly) because the Brick stole all their evidence files. The fact they hadn’t yet been to trial is convenient, but hey, he has to build his crew somehow and all the Mirakuru is gone. 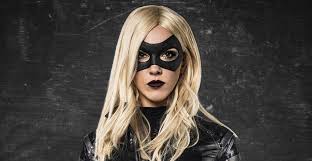 It also added weight to Laurel’s need for justice. She couldn’t fight these men in the courtroom and she can’t go after her sister’s killer (not yet.) Trying and failing to keep the bad guys off the street, along with the fact Ollie is feared dead, led to the moment we’ve all been waiting for. We got our first glimpse of Laurel as the Black Canary. I think she’s going to do the role justice, so I’m excited about the development.

I do think it will be strange without Ollie, and I anticipate he’ll be recuperating for a few weeks, but I think his friends in Starling City will handle things well enough. We have a new villain to hate and a few more heroes on the horizon. Overall I was satisfied with the fall out of Ollie’s defeat.

What about you? Did you enjoy this episode? What do you think of the Brick?