Even though I said my Saturday Coffee post would be my last until I return from vacation, I can’t leave without announcing that Jeremy, the author of our most popular post, “Is Batman A Marvel Character Trapped in the DC Universe?” publishes his final post of 2014 on Wednesday. (I also owe Diana a Doctor Who review before I go, and I’m going to try my best to get that out.)

Without Jeremy’s help, we wouldn’t be planning this blog six months in advance and recruiting contributors right now. If you enjoyed his seven-month run of of weekly Batman posts and his comics recommendations, you want to look in here on Wednesday. As of now, Jeremy’s planning to return for the spring, and he is just as good with other comics as he is with Batman.

We’re not posting on Monday or Tuesday this week. I’ve stirred things up a bit and  thrown a ton of ideas out into the blogosphere over the past ten days. I want to let things settle while I am on vacation and see where we are when I return.

We’ll have Batman on Wednesday, American Horror Story from Diana on Thursday, and take Friday off unless I decide to load a little weekend music. We will wrap up the week with a Walking Dead/Doctor who double feature from Luther and Will on Saturday. I promise not to publish the Doctor Who review at 2:30 a.m. like I did yesterday.

David is taking this week off, but he will be back. Give Comparative Geeks some love in the meantime. That’s the first blog aside from Part Time Monster I ever linked to. It’s one of only two blogs I’ve given guest posts to. David and Holly are awesome bloggers. 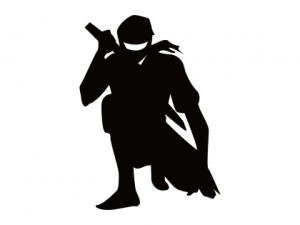 If this is your go-to blog and you’d like to try a new one out this week, take a look at Write On, Sisters! They are some fabulous bloggers, especially if you’re into writing. I met them during last year’s A to Z Challenge, and we’ve managed to stay in touch and make friends. I don’t link to them much here, so you may not be aware of them.