“Time Heist” is a good episode. I do not like it. The fifth episode of series 8 Doctor Who is well-paced, has strong characters and an interesting plot, but I can’t stand it. It was co-written by Steven Moffat and Stephen Thompson. Thompson also wrote the episode I hate most in all of Doctor Who: “The Curse of the Black Spot.”

The episode is a bit disjointed because the characters each wipe their memories five minutes in. The setup is: Madame Karabraxos (Keeley Hawes), an old woman full of regret, calls the Doctor (Peter Capaldi). She met him long ago, but he has not yet met her. She asks him to save the Teller (Ross Mullan), a telepathic species with only two living members. The Doctor agrees, and assembles Team Not Dead: Psi (Jonathon Bailey), a cyborg, and Saibra (Pippa Bennett-Warner), a shapeshifter. Clara (Jenna Louise-Coleman) is also in the episode, but only for morale. 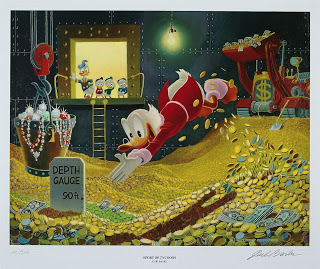 Team Not Dead plans how to break into Bank Karabraxos, the most secure bank in the universe. The bank uses the Teller to detect guilt, and melt the brains of the guilty. The Teller’s mate is a hostage to young Madame Karabraxos, who lives in her bank vault like Scrooge McDuck.

The Doctor uses the Tardis to plant equipment for the heist, and records himself as the “Architect” to give the team instructions. He uses the gross/adorable memory worms to wipe their minds, including his own. This is interesting: the Doctor is unusually open and honest prior to the heist. He makes plans to keep everyone alive, tells them why he wants to rob the bank, and tells them what treasure they will want to take. After the mind-wipe the Architect manipulates everyone, including the Doctor. The Doctor tries to remain aloof, but his confusion makes him a part of the team.

Psi and Saibra have short backstories, but their motivation and abilities are clear. Psi interests me more, because even before the heist he had wiped his mind to protect his family and friends. This clearly affects him more deeply than he lets on; when Clara asks how he could do that, Psi replies:

I suppose I must have loved them.

Saibra can perfectly imitate any other human, but she has a dash of Rogue: her power is not under her control. She can’t help but change when she touches someone. She and Psi each steal things to help with their particular problems as payment. Saibra also establishes the theme of the episode when she asks the Doctor:

Could you trust someone who looked back at you out of your own eyes?

The theme is self-loathing. Young Karabraxos uses a clone of herself as the head of bank security at each branch. When a clone fails, she burns it alive. This self-loathing will later prompt her to call the Doctor as she’s dying, but for now she’s just a rich woman in a vault. The head of security, Ms. Delphox, serves as the villain instead. This is the main problem with the episode.

The villain of any Doctor Who episode has to meet a lot of requirements. They need to be intelligent and strong, but not overpowering. If the Doctor has no chance, his win feels like a cheat, or absurd, like “The Last of the Time Lords” (series 3). If the villain presents no challenge, the episode is boring. One of my favorite one-shot villains is Miss Foster in the series 4 episode “Partners in Crime”. She’s not physically threatening, but she’s competent, has a goal, and works toward it. Most of all, she believes in her goal.

Madame Karabraxos has no goal. She seems competent for the short time we see her, but she wants nothing. Ms. Delphox is no better. As head of bank security, and with an interest in not being burned alive, she should be vicious and practical. Instead, she relies on the Teller. Deterrence seems to be the goal, but she later claims that intruders are welcome because they help test defenses. The Teller is frightening, but it lumbers along like a slasher-movie villain, and, on rewatch, presents no actual threat. 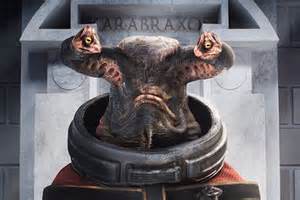 This is one of the few episodes that I disliked more after rewatching it. The most secure bank in the universe has terrible security. We see only one camera and DNA scanner in the entire building, and the camera is focused on a victim of the Teller. Saibra passes one DNA check, reverts to her own form (for no reason), and it still takes Delphox several minutes to send guards. The guards exist only to chase the team toward the Teller, which is the only source of real tension. However, the Doctor saves the day by allowing the Teller to scan his mind, which reveals that the Doctor is here to save it and its mate. Every time Team Not Dead encountered the Teller there was no danger, as a scan would reveal the truth.

After the rescue, the Doctor drops everyone off. I hope we see more of Psi: what will he do now that he can have his memories back? He’s still a danger to his friends and family. I also like how he shuts Clara down when she begins making excuses for the Doctor after Saibra appears to die.

Why was Clara along? We find out at the end: the Doctor is jealous. After she leaves he celebrates, saying:

Robbing a bank, robbing a whole bank. Beat that for a date!

How serious was the Doctor when he said “I’m not your boyfriend?”