This is a companion piece to an article I published at Jessica Leeman’s Social Media blog a couple of weeks ago. That post is about how I’m using various forms of social media at the moment. I wrote it a month ago. It was one of those posts I needed to write to keep things clear in my head. I’ve done some thinking since I wrote it — have been thinking about how to reorganize my social media for awhile.

Here’s my current reorganization plan. It’s a work in progress, of course. The various social media platforms are listed in the order of priority to me. This is not to suggest that one is better than the other in an absolute sense — all of them are fun, and can be valuable if you  learn how to use them. This list is based on what’s  worked for me so far.

I’m taking Sourcerer back to a six-day-a-week schedule for all practical purposes. I’ll still do Silent Sundays here, because it’s easy to load them a week in advance, but the blogging posts will move to Mondays through the end of the year. The 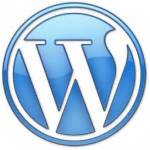 blogging posts have been great for Sundays, and have extended my week this summer, but it doesn’t make sense to keep publishing two posts on the weekends when I know I’m about to start my busiest time of year at work and I’ve promised Doctor Who posts on Mondays or Tuesdays at Part Time Monster for the duration of the new season.

I’ve registered a new URL for my personal blog, Just Gene’O. I’ll leave the old blog intact so as not to kill any links on my friends’ blogs, and will load the archives from the old blog into the new one before I commence blogging there. I’ve posted a more detailed notice about the transition at Just Gene’O. I expect this change to take a week or three.

Aside from these two things, I have three priorities on WordPress:

I haven’t been on Twitter as much in the last month as I was in the previous six. I haven’t checked my personal account in weeks. I’m surprised I haven’t lost more ground than I have there, and I plan to get back into a routine and be more present on Twitter going forward. @Sourcererblog finally has a good ratio — about 50 more followers than I am following, and most of the difference is accounts I’m not following back. The real ratio is very close to even. I’m not actively following at the moment, just following back. Once I get WordPress back where it needs to be, I’m going to start growing that account.

I’ll also revive my personal account. I can sync both accounts to my mobile, and I finally have a computer setup that makes Tweetdeck useful. Expect more tweeting from both accounts by mid-September.

I’m set up to operate on Google Plus. I haven’t been networking there for months, and have most of my profile hidden, but that’s about to change. G+ has real potiential, I think. It’s more time-efficient to use than Facebook, and it’s a more open network. It gives me the ability to chat with people who aren’t in my FB network and who aren’t close enough to have my phone number. It’s also much more mobile-friendly than Facebook, at least to me. And since I’ve already put the time into setting myself up there, tweaking my profile a bit and opening it back up seems like a smart move.

When I have time, I plan to get into Reddit. I haven’t set up an account yet. I’m moving slowly with it and trying to learn the etiquette of the network before I start. Diana and I had a long conversation about 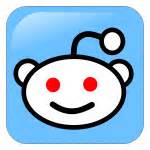 whether I should go all-out with Reddit or StumbleUpon a few weeks ago. I only have time to do one and it makes more sense for me to try Reddit for several reasons:

What I’m doing on both of these networks isn’t working, and I know why. Both like specific types of content, and they tend to be things that don’t translate well when you simply publicize from your blog. At some point, I’m going to disconnect my Tumblr page from all the blogs, redesign it as a personal Tumblr page, and use it as a photoblogging site. I’m hoping I can find a little synergy with my Tumblr and my Facebook fan page, so that I can post at one and start building both. We’ll see.

I’m not off StumbleUpon completely. I’m following a good dozen bloggers there who I know. I add things to StumbleUpon when I have the time to actually browse. The problem with StumbleUpon for me is that to really succeed there and get flagged as an active account, you have to interact with other peoples’ content. Doing that requires the same amount of page loading time as visiting blogs, and the actual websites don’t get views unless you click through and load a second page. It’s not time-efficient enough to be viable for me during the months of August-November. I’m hoping to just keep my account active until December, then come back at it during the early part of next year. 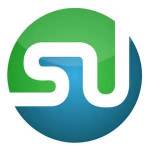 This seems like a lot (these sorts of lists always do), but keep in mind, this is a general social media plan for the next five months. As always, I’ll just do what I can do, make the things that work part of my regular schedule, and revise my plan again once it becomes necessary. Maintaining what we’ve built on WordPress and Twitter, and keeping them in a position to take another leap forward next spring and summer, are absolutely the two most important parts.

I’m interested today to know anything helpful you might have to share with me about Reddit. It’s the part of all this I have the least knowledge of, and I only know a couple of people who have Reddit accounts. I’d like to get started over there in the next month or so.

Have a great week!