Another shot from the batch I took yesterday. I rarely identify the flowers because I’m not that well-versed. Unless they’re labeled, I usually don’t know what kind of flowers I’m photographing. A friend of mine who knows a lot about flowers tells me this is a variety of lantana, and it’s sometimes called “Ham and Egg” lantana because of the distinctive combination of colors. 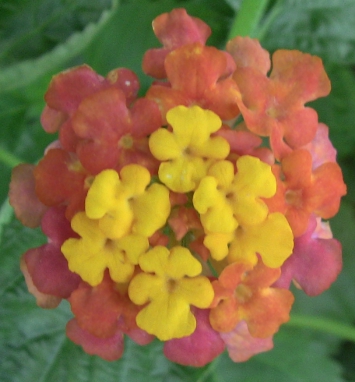 I took my grandson on an outing today and stumbled into a detail-rich environment. So many good images to be had, I ran down two camera batteries taking still photos. So, in addition to the family fun pics, which aren’t for the blogs, I have a ton of art shots. I won’t know how many I got until the camera recharges, but it’s a lot. They’re not all flowers, either. I’ve also got lots of interesting objects and some animal photos.

We’re set for Wordless Wednesdays and random photo blogging for weeks now, and of course, I’m still taking lots of pics. Even though I’ve only been doing it for a short while, the photo blogging has made me much more alert to my surroundings than I was before I started. I’m sure taking extreme close-ups of tiny flowers is part of it, but I see good images everywhere, and I have a long mental list of places to visit with my camera. The photo blogging is a staple here now. Eventually I’ll have enough images to think about sharing them with Part Time Monster.

Thanks to everyone who stopped by Comparative Geeks and joined in the Feminist Friday discussion. I just took a look,and the thread is up to 52 comments. I’m having a mostly-offline day, but I’ll check in over there later in the weekend.

I discovered a new place to take photos yesterday, and this is the first of several shots I took there. 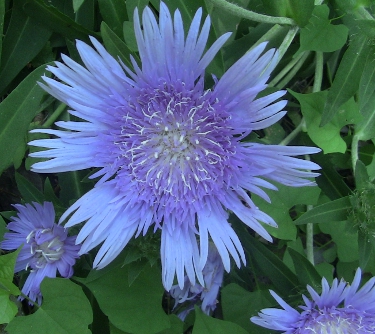 I’ll be out of pocket most of the morning, but will be back on the social media sometime this afternoon. Have a great weekend, everyone, and if you’re in the states, have a safe & happy Memorial Day holiday.