In celebration of the apparent flop of Elder Scrolls Online, I decided to crank up 2011’s Skyrim for the first time in months. In case you didn’t already know, The Elder Scrolls V is a hugely successful game both critically and commercially—I won’t bother providing any references because it’s old news and all the reviews are pretty much the same. People seem to love The Elder Scrolls. And I don’t blame them. The games are great. So in light of all this, I wanted to talk about 2002’s Morrowind, one of my favorite games of all time.

I don’t have much to say about the mechanics of the game. There are a lot of flaws (if you’ve ever experienced the battle system, you know what I mean) but all of that can be overlooked in place of what the game actually offers. There’s a map that actually feels huge. There’s no guidance system like a compass to lead you in the right direction, and the only way you can keep up with quests is through a journal system that updates when events are triggered.

There’s a sense of reward around every corner, making exploration a general necessity for the hardcore fantasy gamer. And exploration somehow seems better in Morrowind despite its limited graphical quality—Skyrim offers impressive vistas, sure, but Morrowind offers more environmental storytelling, which is a better sort of fuel for the imagination. 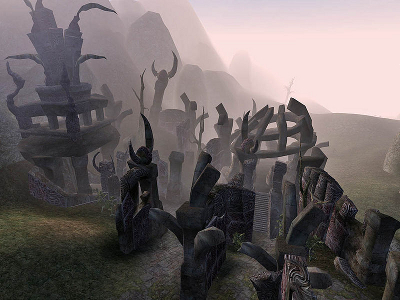 I haven’t played a game this immersive since I was fourteen years old. In fact, I remember writing my first story when I was fourteen. Impending digression ahead: it was a fantasy story with a landscape vaguely similar to Morrowind’s Vvardenfall, and it came out to be around 98,000 words. (Humblebragging time: that seems pretty dedicated for a fourteen year old.)

I still have the file saved away in a few places, and I’m scared to look at it because I’m easily embarrassed by the things I write even today. But if anyone ever asks why I became interested in writing, I’d happily give credit to this game. I remember wanting to recreate moments I experienced in Vvardenfall that I assumed no one else had really experienced—after all, with a title that offers 100+ hours of gameplay, it seems likely to fourteen year old me that I was doing stuff no one else had really thought about.

There were some pretty memorable quests too. One of my favorite quests to this day was finding a cure for vampirism—something I wasn’t even sure that you could do in the game. I contracted vampirism in order to receive the benefits, but the cons were too numerous to really go on. And I’d spent a lot of time on this character. I actually skipped the first two steps listed in the above wiki guide—I just stumbled upon Molag Bal, who offered to return me to human in return for a favor. (Footnote: your mouth moves when the the Daedric Princes speak to you—something I haven’t seen since Morrowind.)

I kind of wish I’d have started with the books. Finding even the smallest clue pertaining to a cure would have gotten me pretty excited. Quest time. Time to figure out stuff on my own. Did I mention that you don’t have a cheap compass pointing the way for you? 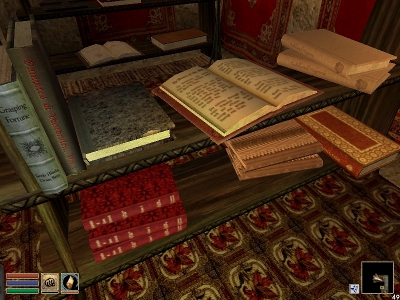 Anyway, I took out Skyrim and played about ten hours of Morrowind on my 360. I don’t have any of the save files from 2002-200?, but it’s just as fun playing from the beginning. I’ve considered forking out a bit of cash for an unopened backup copy.

I’m hoping to write a few more of these gaming story shorts. If anyone has any nostalgic tales to share, please do so!