The week is going mostly as planned. I don’t quite have everything scheduled through Friday yet. I had to spend the day working on some computers, so didn’t get in a lot of blogging time, but I’m not complaining. Life is good, and one of the things that makes it so is the awesome friends and contributors who keep this blog going.

I’ve wanted to write that post about If You’re Buying, We’re Selling for a few weeks now. I’m glad I finally got it done and posted at a good time. Thanks to everyone for reading, liking, and commenting on that one.

We’ll have two comics posts tomorrow as promised, more bloggy goodness on Thursday, wrap the week up with a Feminist Friday discussion post and, barring unforseen circumstances, we’ll have a Follow Friday post to end the week.

Once all that’s done, I’m picking up the Tolkien and planning my return to The Monster as a regular contributor.

Have a nice evening, or morning, as the case may be 🙂

Here I am in Mississippi. I’ve been trying to get out for well and good all my life. Mississippi is like a cage for the soul, but that’s not to say it’s a bad place.

We have nice weather, except during hurricane season. People mostly leave you alone and let you do your thing – as long as you’re a white, straight,

Christian, well-spoken man. If you’re black, gay, don’t believe in Jesus, stutter, or happen to be a woman, well. Mississippi might give you a bit of trouble.

Earlier this year, we had a nasty fight over a bill in the Legislature that was basically an argument over whether businesses could turn paying customers away because of their sexual orientation. Mississippi said no to that. I know because I watched the debate on the floor of the state house of representatives, and the house couldn’t pass it as it was originally written.

Instead, there was some fast talking, the bill went to a conference committee, some language was changed, it was passed while no one was looking, and the governor signed it.

So, what’s the point of even having representatives if they’re going to pass things while no one is looking, is my first question. Where’s the democracy in that? It’s more a mockery, really. The way Tolkien’s orcs are a mockery of elves. This was a perversion of the legislative process.

But something good came out of it. Now we have these little stickers, and t-shirts to go along with them.

END_OF_DOCUMENT_TOKEN_TO_BE_REPLACED

In the last installment, I covered the basics of reading a Twitter timeline. Things like making sure you see two-way communication. The importance of taglines. Translating pages before you follow accounts that are tweeting in a language you aren’t conversant in. 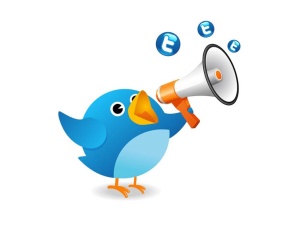 Today, I’ll tell you how I use the Following/Follow ratio to make decisions about whether to follow or not. Keep in mind that I am not an expert – I don’t really know what I am doing, I am just sharing what’s worked for me.

You follow people, and people follow you. If you look at your timeline, you’ll see numbers that tell you how many people you are following, and how many followers you have. These numbers have a relationship. You should look at them as a ratio. Here are the following/follower ratios I see most often, and the conclusions I draw from them.